One of the oldest strategies for ignoring issues is silence.  It works on an individual basis, whereby someone simply does not respond to someone else or, of need be, walks away, doesn’t answer their phone, or (a recent innovation in silence) blocks them on social media.  Don’t want to listen?  Don’t want to deal with the issue? Annoyed by their insistence? Just give them the silent treatment.  They will eventually tire of hitting their head on that proverbial brick wall and go away.

The silent treatment also works on a group, community, national, and global level.  We see this every day in the political realm, where questions are simply not answered, or when answers given have nothing to do with the question asked.  We see it when comments are withheld.  We see it when, instead of addressing an issue, a candidate will point to an opponent and make a fuss about something the other has done or said.  This last part is deflection, an important associated tactic to learn in politics since silence is perceived as akin to avoidance, which the voters think is disrespectful.

Another way the silent treatment is employed is to ignore important social justice issues.  For instance, the United States emancipated slaves and later extended the right to vote to African Americans.  But the government, when crafting those laws, never declared that it had been wrong of whites to treat blacks as less than human, that all humans are indeed equal and worthy of respect.  Because this important issue of ethics and morality has never been addressed en masse, the ideology of white supremacy continues to fester in our society.  The same is true for the atrocities committed by European settlers against Native Americans.  Our indigenous people continue to live as second-class citizens, their mistreatment sanctioned and their treaties violated by our state and federal governments.

Setting things right – whether between you and a friend, or between various groups, or between a people and their government – requires not only a change in behavior or policy, but also an accounting.  I will stop short of calling it an apology, because this is a sticking point in many cases.  An apology implies that the one making it has done something wrong.  While this may be the case between you and a friend, it is often not the case between a people and their government.  In the latter case, it is often uninvolved representatives of those people and their government who are left with the task of setting things right, not those who were the actual victims and perpetrators of the improprieties.  Let’s call if an accounting rather than an apology.  Someone from the offending group of government need to stand up and say, “this was wrong,” and then make a meaningful gesture that evidences their sincerity.  This is the only path toward true reconciliation.

General Sherman’s Field Order 15, better known as the “40 Acres and a Mule” plan, was such a gesture.  There are two important lessons we can take from this gesture.  First, and most importantly if one is sincere in their desire to reconcile and start anew, you must ask the other person what they need to be able to move forward.  All but the most unreasonable of people understands that the past cannot be undone and will join the effort to move forward.  General Sherman asked the chosen representative of the freed slaves in Savannah what they needed to move forward.  The response was that they desired to live apart from whites because of the history of domination, that they wanted an education, and that they wanted to own land.  General Sherman’s plan was to provide each family of freed slaves with their own land and a horse or mule to help them start working, which was not everything the freedmen had asked for, but it was a substantial conciliation. 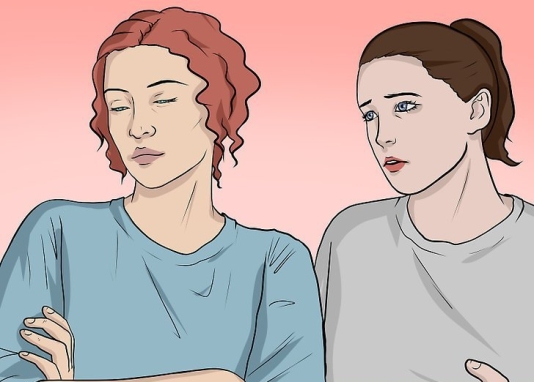 The second important lesson from the Sherman story is that people can and will try to undermine these efforts at reconciliation.  In the case of friends who have experienced a rift, sometimes the sabotage is not intentional.  I recently experienced such a circumstance with a friend.  Despite my sincere apologies, asking what the person needed to move forward, giving them my best efforts at the requested transparency and introspection about the event that had transpired, my friend still rejected me and closed the door on our friendship.  They were unwilling to move forward.  I have some ideas about why that might be in the context of what transpired between us but focusing on the ‘why’ of it is looking backward.  My concern now is how best to move forward from here without that person, since they are clearly not interested in reconciliation.

In the case of Field Order 15, once President Lincoln was assassinated, President Andrew Johnson nullified Sherman’s order.  The land was to be returned to the confederates.  The freed slaves were left with nothing.  They had been asked what they needed to move forward, they had stated their requests, and many had been given it.  Then it was taken away.  To the freed slaves, this sent many messages.  Perhaps the most profound message, the one that endures today, is that they are not truly valued as equal citizens.  The resentments of the former slave owners were also reinforced by this action.  They could no longer hold people as property, but the government would be complicit in the confederacy’s efforts to condemn the freed slaves to poverty and desperation, making sure they were not helped in any meaningful way.  In other words, no true effort at reconciliation was ever made.

It would be one thing if that were the end of the story, if after this point the freed slaves

were truly left alone to make a way for themselves as equal citizens.  This was, of course, not the case.  Because the federal government was complicit in the former Confederacy’s efforts to continue the oppression of African Americans in more subtle ways – by denying them access to public spaces, to services, to land, and so on – the ideology that supported slavery also continued.  The idea that some people are superior to others continues to inform our public policy today.  The us-and-them is dressed up as things other than racism and hides in surprising places that impact some whites and people of other ethnic backgrounds as well, which is why it is so hard to identify and address.  We see the lingering ideology of white supremacy in our social service policies, in our criminal legal system, in our real property statutes and practices, in the drawing of our school and voting district lines, and in healthcare policies and practices.  White supremacy is pervasive in our culture, it is threaded through every aspect of our society.  It surrounds us and is therefore invisible.  We are so used to looking through the lens of white supremacy that we literally cannot see that there is a lens.

Because we never reconciled this horrible part of our national history, our country continues to suffer in silence.  Those who are aware of this history – those who continue to live in oppression and those who are awake to these truths – are trying once again to speak out, as others have tried in the past.  Yet the government continues to be complicit in this oppression which makes it even more difficult for the average citizen to understand.  How can our government, whose very founding document speaks of the freedom of all men, possibly be the arbiter of oppression?  The answer is simple:  because our past national atrocities have not been reconciled.

We cannot continue to exist in this deafening silence wherein we continue to ignore the reality of ongoing oppression.  We can go on as we are, as we have been, for only so long before the oppressed will reach the tipping point where they will push back en masse, before they decide to move forward.  The government has done a pretty thorough job of minimizing the threat of uprising through continued economic strangulation of indigenous peoples on reservations, mass incarceration of people of color and the poor under the guise of the ‘war on drugs,’ and the incarceration of undocumented immigrants.  Our prison and immigration detention systems has been fully incorporated into our economy, as has the abuse of tribal lands, making reform even more difficult.  But change is imperative, and reconciliation is essential, if we ever hope to have a country that resembles the sentiments of its founding documents.  Our government must ask the oppressed – African Americans and Native Americans alike – what they need to move forward, and we must do our best to give it to them.  Like my friend, they may be unwilling to reconcile. But we must try.  The silent treatment cannot go on.